A Screenwriter with numerous award-winning scripts to his credit, produced feature films, multiple short films, and a newly minted Author whose first novel will be published in February, 2020, Kenneth Mader is a storyteller with a deep passion for the medium that shows dramatically in his work.

With influences that range from William Goldman and Lawrence Kasdan to Michael Crichton, Stephen King, and Peter Straub, he’s had development deals with companies such as Shoreline Entertainment, was a semi-finalist in the Annual Writer’s Network Screenplay & Fiction Competition, and is a founding member and former President of the Chicago Screenwriters Network, co-founded along with television showrunner and Third Watch creator Edward Allen Bernero.

He took home Best Feature Screenplay honors in its category at the AOF Written Word Awards for his screenplay “Deep Focus”, Excellence In The Craft Of The Written Word for his script “Razer”, along with numerous other awards and honors. 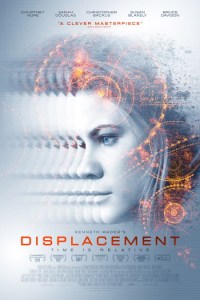